In common with all those organizing international events, we have been reflecting on how to respond to the Russian reinvasion of Ukraine. For the avoidance of doubt, pursuant to the EUPHA statement (25 February 2022), we condemn wholeheartedly this act of aggression and the war crimes that have accompanied the invasion and we stand in solidarity with the people of Ukraine. However, the question arises as to how the European Public Health Conference should respond to abstract submissions by authors from Russia.

We recognize that there are differing views on this. Some events, such as the Wimbledon tennis tournament, have banned Russian competitors from participating. Others have not. We respect these different views.

Our view, consistent with the position set out in recently in the Lancet Regional Health Europe, is that we would not engage in any activity that involved co-operation with the institutions of the Russian state but we recognize that individual Russians, like any of us, cannot be held responsible for the actions of their government. We applaud the actions of those who have spoken out publicly against the actions of the Russian state, such as Dmitry Muratov, who auctioned his Nobel Prize to support the children of Ukraine, or the members of Pussy Riot, who have held concerts to benefit Ukraine. However, we also recognize that it is very difficult for others to speak out so publicly, given the very considerable risks involved.

As a consequence, we have decided that Russian authors of abstracts that have been accepted for presentation at the upcoming EPH conference will be able to participate in our 2022 conference, although we note that they may face considerable practical obstacles given the international sanctions. We do, however, reserve the right to withdraw this option for persons openly supporting the Russian invasion.

We will also be including an appropriate recognition of the suffering of the Ukrainian people in our opening ceremony. 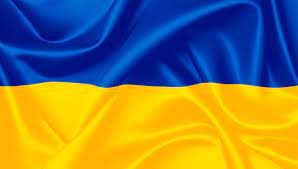